Apart from mixing and editing at my studio in Santa Monica, I’ve been quite busy doing live television broadcast mixing for DIRECTV at their Los Angeles Broadcast Center. Mostly sports related shows, with some VERY early call times. I also recently finished the 5.1 mix of the 2010 Farm Aid show for broadcast.

I’ve also just finished working with Earth, Wind & Fire on a number of new studio tracks. We’ve been out at NRG and Glenwood Place studios in Burbank. Last fall I recorded them at the Hollywood Bowl with the Hollywood Bowl Orchestra. I am editing the video now and completing the 5.1 mixing for a DVD release later this year.

In April I spent a few days at the NAB show and attended the Apple event on Tuesday night that revealed Final Cut Pro X. It’s a complete rewrite of the application and looks to be quite impressive although many, many questions remain. It’s due to be released in June via the App Store.

The core new features of FCP X are:

Along with my years of working in pro-audio, I enjoy video editing.  Like working with music and audio post-production, editing video requires a balance of technical skills along with creative innovation. 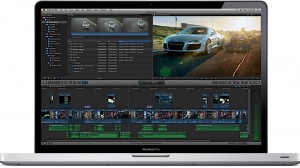